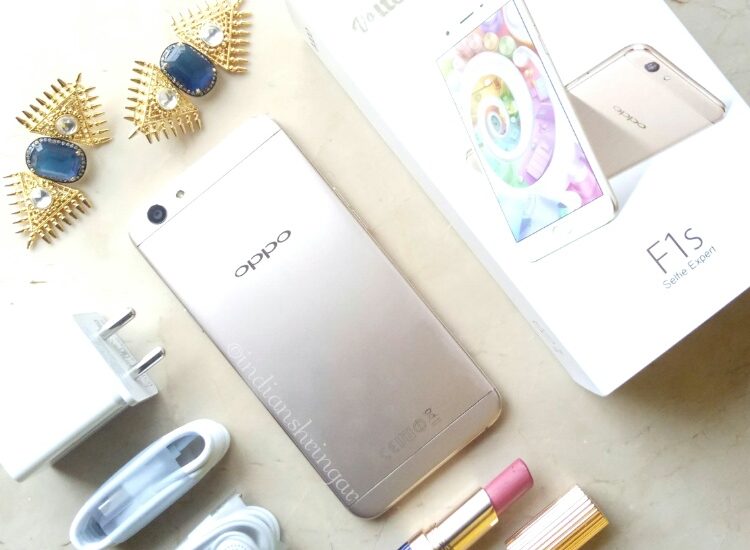 selfie (n) – Pronunciation: /ˈsɛlfi/ – A photograph that one has taken of oneself, typically one taken with a smartphone or webcam and shared via social media.

With the advent of the smartphones and social media platforms, taking a “selfie” became such a rage that in the year 2013, Oxford Dictionary declared it as the “Word of the Year” and officially added the term in the dictionary. Despite the increasing number of people using smartphones and clicking selfies with them, the front camera in a smartphone was generally not given much importance in terms of the pixels and sensors. Not even in high end phones! Till OPPO changed the game and started the Selfie Revolution offering a smartphone with top-of-the line features, a beautiful look and feel and a whopping 16MP front camera at a super affordable price to enable everyone to take beautiful selfies. Read on to know more about the OPPO F1s Selfie Expert smartphone and how it’s camera compares with the one on the iPhone 6 and the Samsung A7.

The OPPO F1s has two colour options, a soft matte gold (just like the OPPO F1 Plus  and the OPPO A37) as well as a grey and is heavily inspired by the iPhone in terms of appearance and UI. It has a MT6750 Octa-core 64-bit processor, 3GB RAM and 32GB strorage (expandable upto 128GB). And just like the other OPPO mobile phones, this one too, comes pre-fitted with a scratch guard on the screen, transparent silicone back cover, charging cord and adapter and earphones. The OPPO F1s is a Dual SIM phone and also has a tray for an SD card!

The OPPO F1s is slightly longer, thicker and heavier than both,  the OPPO F1 Plus and the OPPO A37. It seems to weigh almost the same as the  Samsung A7 and the iPhone 6S Plus.

Here are the other specifications of the OPPO F1s:

In terms of design, the OPPO team has tweaked the design a bit and made the camera and flash placement similar to that of the iPhone 6. Unlike the F1 Plus which has light coloured bands on the top and the bottom of the phone, the OPPO F1s features thin metallic bands that add to the beauty of this phone.

As mentioned above, with the change in the camera placement, the OPPO F1s looks even more similar to the iPhone 6 (and iPhone 6S Plus) than before. The metallic bands do set the phone apart though if you were to have a non-transparent back cover, it could easily pass off as an iPhone. Both these phones are also almost identical in terms of layout with the power button on the right and both and volume buttons on the left. The charging dock, speaker grill, audio jack and mike on both are on the bottom with just a slight difference in placements.

In terms of the camera, however, (and we are talking mainly of the camera here – something that is vital to beauty blogging) the OPPO F1s is hands down far better than the iPhone 6.

The camera sensor in the OPPO manages to let in much more light thus giving bright, clear, true colour pictures even on a day when the sky was overcast with heavy dark gray clouds and there was a torrential downpour! There have been heavy rains almost the whole of last week with the sun barely even peeking out. Not very favourable conditions for clicking pictures. But with the OPPO F1s, beautiful pictures are guaranteed.

While the camera menu in the iPhone include the options to take Slo-Mo, Video, Photo, Square and Panorama, the camera menu in the F1 Plus has Time Lapse, Video, Pictures, Beauty and Panorama. The “Beauty” feature of the OPPO F1 Plus is the Beautify 4.0 which helps to highlight your best features while minimising flaws. Think of it as a photoshop for your face. Like the iPhone, you can also add various filters to your pictures, but the F1 Plus also has the added advantage of Ultra HD, GIF Animation, Double Exposure and Expert Mode.

Here’s one more picture to show you how much brighter the same subject looks when clicked through the OPPO F1s as against the iPhone 6. Both were clicked in HDR Mode.

OPPO F1s vs Samsung A7

What a drastic difference in picture quality, isn’t it? And before you accuse me of editing the pictures and being partial to OPPO, take a look at this picture…

Both the pictures were clicked in the HDR mode. In fact, when I held the Samsung at the same distance as the OPPO, the picture quality was quite unsatisfactory and so I had to go a bit closer. And again, these were clicked on a dark, cloudy, rainy day.

What the camera in the Samsung A7 does is it makes the background brighter but fails to capture the true colours of the actual subject of the picture.The Samsung A7 camera has options such as Pro, Panorama, Continuous Shot, HDR, Night and Selfie while the OPPO F1s camera has the options mentioned above.

And since we are talking about a  selfie phone, here are some selfies clicked on the OPPO F1s as well as on the iPhone 6 and the Samsung A37….

This last selfie was clicked on my way back from the OPPO F1s launch event.  I was so eager to try out the camera that I clicked the pic in the car itself!

OPPO undoubtedly makes the best camera phones in the market today. Not only does the OPPO F1s make you look beautiful in your pictures, it is a beauty itself with it’s sleek, metallic body. Add to that dual SIM, 4G ready, good battery life, an easy-to-use interface and an extremely affordably price tag, the OPPO F1s is a winner and a must have for all those who want flawless selfies.