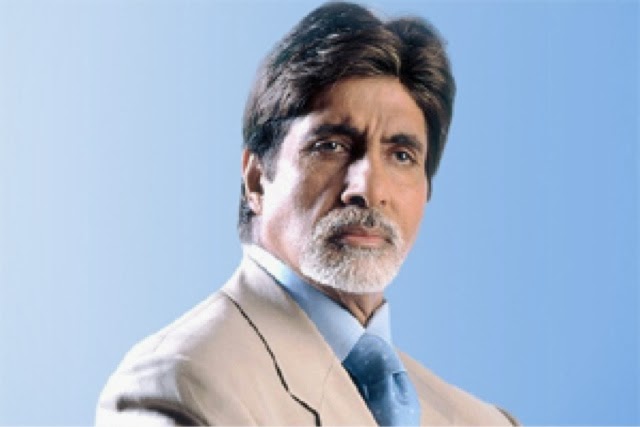 It is no secret that I have always been extremely fascinated by the Mahabharata and irrespective of the number of books I read, this story is forever my favourite. The Sunday mornings of my childhood were synonymous with B.R.Chopra’s Mahabhrat. There have been several occasions when I have wondered which Bollywood actor would I cast as which character if I were to ever showcase the epic on the silver screen. Now, with the new serial on Star Plus rustling up a crib fest on Facebook for their casting, I finally decided to do this post.

But before you read it, please remember, this is just a fun post and I don’t mean to anger/irritate/annoy/hurt anyone. These are simply my views, or you can say, insane ramblings of my Mahabharata-obsessed mind.
Bhishma Pitahmah:

Who else but the legend, the one and only, Amitabh Bachchan. His stature, his voice and of course, his unparalleled acting skills would do perfect justice to the character of the Grandsire of this great epic.
Devavrata Bhishma:

Sonu Sood. He does look like a younger version of Amitabh Bachchan (he even played his son in one movie) and would look credible playing younger Bhishma.
Ganga:

Ethereal, beautiful, radiant, a timeless beauty. That is what Goddess Ganga is supposed to be and for me, only the gorgeous Aishwarya Rai Bachchan would be ideal to play her. I can hear you saying that she’s Amitabh Bachchan’s daughter-in-law, how can she play his mother. But then, didnt Amitabh himself play Abhishek’s son in Paa? And remember, Ganga is timeless, she doesn’t grow old so she can definitely play his Bhishma’s mother.

Ambitious, beautiful and sensuous enough to seduce king Shantanu, Bipasha Basu would be good in this role.
Ved Vyas

With the right makeup, long matted hair, overgrown beard, Ajay Devgan would be Ved Vyas personified. He has that intense look about him that Vyas would probably have had.
Vidur:

Though he can play any role extremely convincingly, being such a versatile actor, Paresh Rawal would be a very good choice to play calm, pensive and wise Vidur.
Kunti:

Mother of the Pandavas, the first wife of Pandu who never really got his love and affections (Pandu preferred Madri to her apparently), the guiding force of the five princes who anchored them and helped them weather the toughest times, Kunti was a tough lady behind the soft looks, just like Vidya Balan.  And I don’t need to mention what an absolutely brilliant actress she is!

I agree, it would be criminal to make her cover her beautiful eyes, but Kajol has brilliantly portrayed a blind girl in one of her movies. Here, she wouldnt have to enact a blind woman but her eyes would be covered nevertheless and that’s where her expressive face would be perfect.

Just take a look at his expression and tell me you can’t imagine Rishi Kapoor as the cunning, calculating Shakuni!

The Guru of all Kuru princes, stern disciplinarian, hard task master, brilliant war strategist, I can picture Naseeruddin Shah asking the princes “tell me what can you see?” and deciding which Vyuh to arrange the Kaurav army in.

Need any explanations here??? Akshay Kumar it is 🙂
Karna:

The eldest Pandava, the son of Dharmaraj, the deep thinker. The one who loved debating and who always thought of what was just. Aamir Khan as Yudhisthir would be wonderful.

I know, I know. This is from the Mughal era, Hrithik playing Akbar but just look at him! He. Is. Arjun! Arjun had girls swooning over him, was a very determined and focused warrior. My mind’s eye can see him and Akshay’s Krishna setting the Khandava forest on fire. Hrithik Roshan would portray Arjun’s anguish at having to wage war with his own relatives like no other actor can. And can you really imagine anyone else playing Brihannala? Who else but Hrithik to teach Princess Uttara dance???
Bheem:

Who is he you ask? Remember Mirza Sharifuddin Hussain, Akbar’s brother in law in Jodha Akbar? Remember Thangabali in Chennai Express? Yes, that mountain of a man is Nikitin Dheer and the Bheem in my blockbuster Mahabharata. Look at him snarl in this picture and imgine him wrestling with Durhodhan or controlling his fury during Draupadi’s Vastraharan. Yup, he’d be ideal as Bheem.

Nakul was known for his good looks. I, personally have imagined him to be more of a chocolate boy rather than ruggedly handsome and so I feel Shahid Kapoor would make a really cute Nakul.

Draupadi, a dusky, sensuous beauty who all the kings and princes of Aryavarta wanted to win over in the Swayamvar. Priyanka Chopra is a dusky, sensuous beauty who has proved that with the right director, she can give an outstanding performance. Imagine her as the Queen of Indraprastha or during the Vastraharan. Priyanka would do justice to this role.

A few days ago, the first picture of Ramleela came on the front page of Bombay Times, I saw Ranveer Singh and I was like “OMG! Looks like modern day Duryodhan!” He acts well, has a great, chiseled body and can look arrogant and menacing.
Abhimanyu:

Can we have Hrithik in a double role in Mahabharata? Just like in Krrish, he can play father (Arjun) as well as son (Abhimanyu). No? We should give someone else a chance to be part of this epic? Ok, how about Imran Khan? A young warrior brave enough to take on the battle hardened seniors but who is actually just on the threshold of adulthood. Imran Khan has the right combination of innocent and rugged looks.

The gorgeous Princess Uttara, who learns dance from Brihannala/Arjun and gets married to Arjun and Subhadra’s son Abhimanyu. Doesn’t she look perfectly regal in this picture?
Urvashi :

The ultimate temptress who no mortal can resist. She curses Hrithik when he resists her charms and calls her “Matey”. I mean, curses Arjun. Kareena Kapoor Khan is the gorgeous, curvaceous Apsara, Urvashi.

Now, you must be wondering who would direct this magnum opus filled with drama, emotions and action. I honestly couldn’t decide between two of my favourite directors, Karan Johar and Sanjay Leela Bhansali. Both of them are exceptionally talented at showing the nuances of human emotions.
And for the action scenes, we need yet another director. One who enjoys blowing up cars, shows men flying 10 feet in the air when beaten, and who I’m sure would enjoy blowing up chariots, elephants and horses and would also love showing arrows flying hundreds of feet in the battlefield, Rohit Shetty.
Shantanu, Dritarashtra, Pandu, Kripacharya, Dushshasan, Ashwathhama and several more personalities make up this grand epic. However, I couldn’t think of actors to play them.
What do you think of my casting choices? Who, according to you would be an ideal fit to play any of these characters? It would be fun to read all your suggestions, so please let me know your views in the comments.
One thing is for sure though,  if ever a producer does undertake this mammoth task with this exact cast, I dread to think what his budget would be like!!!
Comments (21)
casting for Mahabharat movie Mahabharat