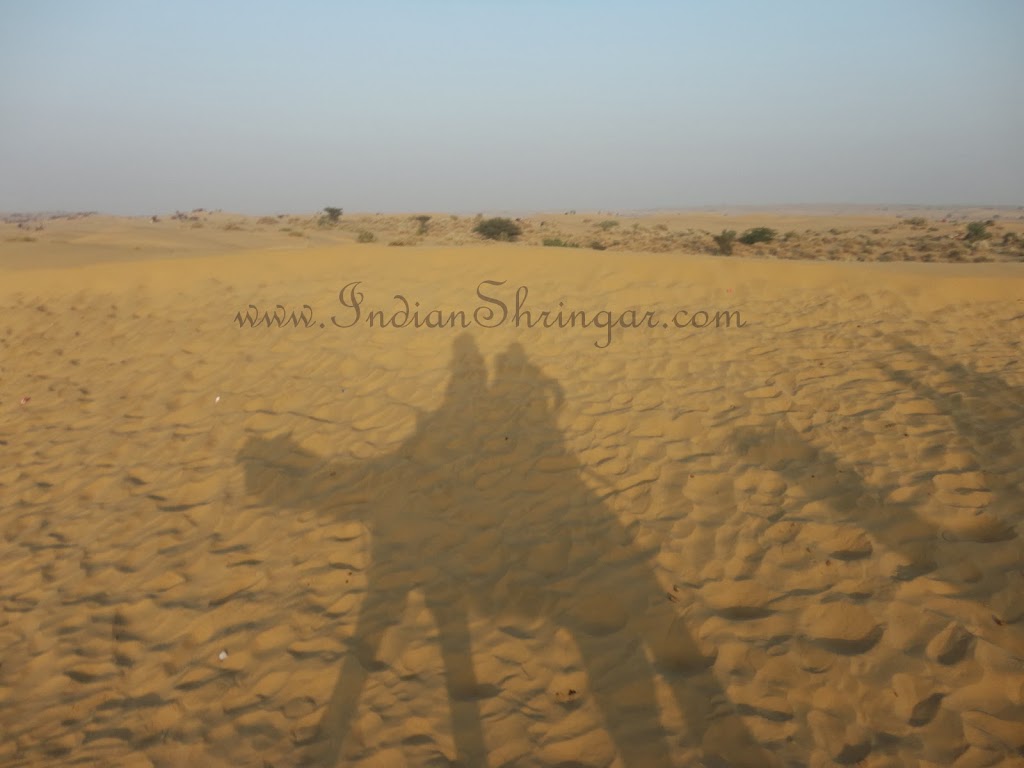 The year gone by has been a year of Rajasthani holidays for me. From Fatehbagh, Ranakpur in October 2012, to Ranthambore that same December, to Jaisamand Island Resort in August 2013 and Christmas Eve 2013, yet another holiday in Rajasthan. This time, we went to Jaisalmer, Jodhpur and Jaipur.

Our holiday started in Jaisalmer with the first night being the “desert safari” which included camel rides in the sand dunes and a stay in a tent. The tents were pitched right opposite the sand dunes and it was absolutely freezing out there. You must have seen me all bundled up in my OOTD post here. That was when we were about to leave for the camel ride. The next morning was even colder and I ended up wearing all the jackets I had got along with me! I had posted a pic of that on instagram. Click here to see it.
Anyway, as they say, a picture says a thousand words, I’m going to let the pics do the talking. Take a look…..
The next few pictures are of the Patwa Haveli at Jaisalmer. These are five identical havelis built by a merchant for his five sons. The first one has been converted into a museum and is open to public. In the forth one is even today, inhabited by the seventh generation descendants of that merchant! The staircases in these havelis are also made of stone and are really steep. Hmm, I wouldn’t need a gym membership if I lived in a house with such steep stairs. Just going from the bedroom to the living room and dining room four times a day would give me enough cardio 😉
This picture below is the dressing room of the lady of the Haveli. And all the gold “paint” on the walls is real gold. The dressing room was really big and I could just imagine how beautiful it must have been in its hay day with gorgeous clothes hanging there…..

We also saw the armory at the Jaisalmer fort but weren’t allowed to take pictures there. Also, it isn’t possible to see all these places as leisurely as the historian in me would like to because the kids get absolutely bored within 15 minutes! The guide will be talking about how they kept milk etc cool in the haveli before the invention of the refrigerator while the kids will be pulling your hand saying “C’mon momma, let’s go now. I’m hungry / thirsty / bored / tired.” Sigh….

Jaisalmer is one among several beautiful towns of India, filled with so much history and culture in every nook and corner. We can just attempt to see as much as possible in our short stay.

After that one night in the tent, we had stayed at Gorbandh Palace where we had a great Christmas Eve party. Will review that lovely hotel in another post….