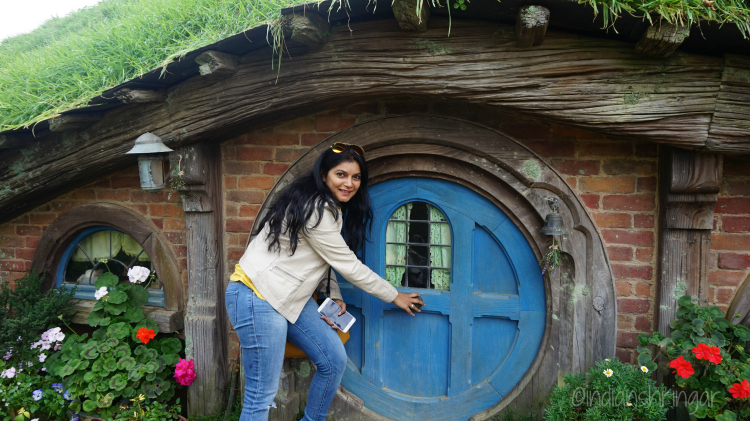 It’s been a fortnight since I got back from my holiday to New Zealand but I simply can’t get over my holiday hangover. New Zealand is absolutely STUNNING and I just didn’t want to  come back but as with all good things, this holiday too, had to come to an end.

Ours was a 12 night holiday (not including the two nights spent in the long flights) covering parts of North Island as well as South Island. As always, the trip was planned entirely by me including all the accommodations and activities and I tried to strike the right balance between making the most of the time there as well as keeping things a bit leisurely. Because if there’s one thing that hubby, kids and I dislike is the strictly regimented, morning to night, touristy sightseeing. Of course, that means that we “missed out” on a lot but as Naina (Deepika Padukone) tells Bunny (Ranbir Kapoor) in the movie Yeh Jawaani Hai Deewani – you are bound to miss out on something or the other. So might as well enjoy where you are to the fullest.

We had four nights in North Island – 2 nights in Auckland and 2 in Rotorua. I have tried to make a vlog of the trip – not an easy task when you have a husband and kids who just want to enjoy without whipping out the camera all the time. You can check out my vlog here:

Coming back to the itinerary, here are the details:

Our flight landed in Auckland around 6:30am NZ time and by the time we cleared immigration and hired a car and drove to the hotel, the Sky City Grand, it was around 9am. Needless to say, the boys and husband couldn’t keep their eyes open and crashed immediately to wake up straight at 2pm and feeling super hungry. Whatever I had planned for that day – Sky Walk and Eden Park stadium tour (cricket lovers you see) had to be cancelled. So we decided to stroll around Auckland (since our Hotel, Sky City Grand) was right in the city center) and walked up to the harbour with a stop along the way for some yummy New Zealand ice cream.

However, we did fit in Sky Walk for hubby while boys and I went to the Sky Tower Observation Deck. FYI – in case you’re planning a trip to NZ, please keep in mind that kids below 14 can’t be left alone – not even in your own hotel room while you go to the casino downstairs! Either a parent stays back or you book a baby sitter. We weren’t aware of this, and I don’t prefer to leave my kids with a baby sitter, which is why I had to skip the Sky Walk and later during the holiday, hubby had to skip the Sky Dive.

Driving through New Zealand is a wonderful experience. Once you’re out of the city, the landscape is incredibly beautiful. Rolling verdant hills and blue skies as far as the eye can see with some cattle farms along the way. Towns with cute little houses that you drive through. I fell in love with this country!

The Waitomo Glow Worm Caves are a 2:30 hour drive from Auckland. These are ancient limestone caves filled with stalagtites and stalacmites and the whole experience of sitting in silence in the dark cave with millions of glow worms on the ceiling above is an ethereal one. Photography, understandably, isn’t permitted here.

Waitomo to Rotorua is another 2 hour drive and since it was autumn when we visited, it was twilight by the time we reached Rotorua. So we went down to the Government Gardens and the lake but couldn’t go for any boat ride or such since everything was shut.

The short days and the fact that we didn’t want to wake up very early simply to cram in too much in one day (after all, it’s a holiday!) meant that we had to choose between visiting the Hobbiton movie set and the Agroderm and Te Puia. It’s a no brainer to be honest – a cultural Maori place and an animal farm on one hand and the Lord of the Rings movie set on the other, we unanimously chose Hobbiton.

The Hobbiton Movie Set is just a one hour drive from Rotorua – and a beautiful one at that – so we all woke up leisurely and had a relaxed breakfast before driving down there. And the Hobbit houses are soooo adorable, I found myself wishing I could live in one too!

The movie set tour also includes a drink at the Green Dragon Inn and honestly, we just didn’t want to leave this cute place. Though it was still light when we reached we decided to “chill” in our hotel’s heated spa pool. Which is another way of saying, heated jaccuzi. With the temperature around 5degrees C, it felt wonderful to soak in the hot jaccuzi and see the sky darkening and the stars come out. It was a task to drag ourselves out from there and go for an early dinner.

Day 5 – Back to Auckland – Flight to Christchurch

We said bye to the lovely town of Rotorua at 6:30am since we had to drive back to Auckland for our flight to Christchurch. The holiday then continued in South Island which will have to be covered in another blog post (or two since that was 9 days).